London to leave the UK 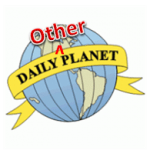 London June 28, 2016. The Mayor of London, Sadiq Khan, today declared that London will be separating from the nation previously known as the United Kingdom. “The only way to take back control of London will be to leave the UK.”

“With 60% of Londoners voting to remain in the EU, I have been left with no other choice but to obey the democratic will of the people,” remarked Mr Khan.

“Obviously with The Bank of England and HM Treasury physically located in London, we will be retaining the pound and control of London’s interest rates. If the inhabitants of the rest of England and Wales wish to use Sterling as their currency, I am sure that arrangements can be made,” he added gracefully.

A wall will be constructed around the outer perimeter of the M25 with border controls established along the M1, M3, M4, M11, M20, M24 and M26. “Of course, the Polish builders of the New London Wall have demanded to be paid in Euros, which may add to the cost of the project but we think it is necessary to provide Londoners with the protection they deserve from the hordes of English and Welsh immigrants that would otherwise be flooding into the new nation,” Mr Khan added.

“Home counties will be able to apply for a Schengen-style visa-free zone, although we would obviously require them to tighten their own borders as a pre-condition for the free movement of people within the Greater London Economic Area.”

Her Majesty the Queen has formally welcomed the new Kingdom of London. “I am delighted to have accepted Mr Khan’s gracious offer to become Queen of London and I have formally accepted London into the Commonwealth. I can also announce that last night, the Kingdom of London formally annexed Windsor Castle and Royal Ascot.”

The Houses of Parliament and the majority of Whitehall will be converted into affordable housing apartments. “It is time to give London back to the real people, the ordinary people, the decent people,” said Mr Khan, cheekily borrowing a few words from Nigel Farage.

Without the need to fund Westminster politicians and civil servants or to subsidise the rest of the country previously known as the United Kingdom, we will be able to halve the new national debt in under five years, cut VAT and reduce income tax for all Londoners.”

(NB: My ‘Daily Other Planet’ posts offer readers an alternative view of reality.)