Change may indeed be inevitable, but change that is brought about without a comprehensive understanding of the implications is rarely a recipe for success.

4 July 2017. The UK electorate spoke last month for the third consecutive year and we now have a parliament that truly reflects the disparate nature of the national mood. This was the ‘Brexit Election’ that was supposed to give the PM the large majority she ‘needed’ to pursue whatever negotiations with the EU that she wished. As a nation, we refused to grant her such powers. Instead, the government will be forced to consult with parliament every step of the way – as arguably it should. The iterative and arduous process has now begun and will end just 20 months from now. 20 months to renegotiate 759 trade agreements with 168 countries. What could possibly go wrong? (NB: I was incorrect on this point. Trade negotiations won’t even commence until the Withdrawal Agreement has been agreed and will then go on for years. As I write this correction it is early May of 2019 and the start of trade negotiations are still nowhere in sight …)

We appear to be setting ourselves up for serious disappointment whenever (or if) these negotiations are ever concluded – unless our newly-elected politicians stop playing games and start being honest with the people whose votes they garner.

Obviously the 16.1 million Britons who voted to Remain last year won’t have to wait until the end of negotiations to be disappointed – we already sit somewhere on the spectrum between burning frustration and resigned disillusionment. But disappointment looms for the Leavers as well – I predict that the vast majority of the 17.4 million Britons who voted to leave the European Union last June will also be disappointed with the outcome – most extremely so. Let me explain:

Those who voted Leave could be divided into four conveniently hand-crafted groups: 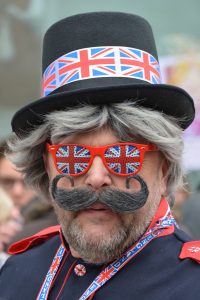 The ‘Euro Fixers’: those who believed that the only way to transform the EU was to shock it by a sizeable Leave vote. Many Euro Fixers never dreamed for one moment that a majority of voters would actually vote to leave.

The ‘Patriots’: those who genuinely believed that the UK will be better off outside the EU – freed from Euracratic legislation and the outrageously expensive yoke of Brussels.

The ‘Little Englanders’: those whose biggest concern was immigration. This group ranges from the slightly nervous about the increasingly multicultural nature of their country to the outright xenophobic – and way beyond.

The ‘Nothing to Losers’: those who have been left behind by globalisation, free trade and the free movement of people within the EU.

Once the final negotiations are complete, members of each one of these groups will be left disillusioned and disappointed. If you then include the 16 million Remainers and a significant proportion of the 22 million who either didn’t vote or weren’t registered, it will be safe to assume that the vast majority of the population is likely to be disenchanted by Brexit – wondering “How on Earth did we end up here?!”

The Euro Fixers are already disappointed. The earthquake of Brexit and its many after-shocks will indeed change the European Union – perhaps even for the better if the Eurocrats manage to pause and reflect. But we won’t be part of it.

The Patriots will be disappointed no matter what kind of deal the government presents at the conclusion of its negotiations. Any kind of ‘departure tax’ levied on Britain, however logical,  will be met with utter indignation. Any tariffs levied on the UK will be denounced as intolerable. Any agreement on borders that falls short of absolute and immediate self-determination over EU migration will be considered an abject failure, and possibly treasonable. Yet, it is highly likely that all three will come to fruition.

The Little Englanders will be apoplectic. Through poor government communication and media hysteria, they have been led to believe that immigration is a) out of control, b) a drain on the economy and c) bad for Britain – when in reality, the opposite is true. Even the most cursory of glances at the official statistics will show precisely how much of a mountain is being made out of such a very small molehill. 2005 was the UK’s highest immigration year on record and yet net immigration was only +0.5%: +0.3% from EU and +0.2% from elsewhere. 0.5% net immigration is a growth of 1 in 200. 200 people stand in a queue for the tube and one person joins them: that’s it. If government services are unable to cope with this small increase in population, the fault lies with poor planning not immigration.

Our Universities, currently world-beaters, need international students to thrive. Yet, these numbers have already reduced since last June. Intelligent, job-creating University students have been put off by the anti-immigration rhetoric spewing forth from the UK (and the US) and are looking elsewhere for their education. Our agriculture, hospitality, construction and transport industries rely on immigrant labour. The NHS would collapse without it. The Little Englanders either understood none of this or, more likely, refused to believe the ‘elite’ politicians, business leaders and professors who collectively failed to articulate these points adequately in the lead up to last year’s referendum.

(NB: This is the only group that may be happy with the deal Theresa May disastrously brought to Parliament during December 2018 and Q1 2019 as the agreement puts a stop to the free movement of people – in and out of the UK. This is something to keep the xenophobes happy as they have never wanted to work anywhere else anyway.)

The Nothing to Losers will find that voting to leave the EU has not magically brought their jobs back. Organisations are already moving to mainland Europe. (NB: Jaguar Land Rover has already announced that all of its future Discovery vehicles will be built in Slovakia rather than Britain. Nissan and Honda are down-sizing. Arch-Brexiteer, James Dyson, has moved is corporate HQ to Singapore. 1 in 7 EU manufacturers are moving part or all of supply chain out of UK (Source: CIPS). Meanwhile, 30% of UK firms are relocating production or services overseas (Source: CBI).)

Some large employers will delay their departure from Britain, temporarily induced by government incentives. Others will move to Eastern or Southern Europe where labour is cheaper. Some may be attracted to the UK’s potentially ultra-low corporation tax rates, but will ultimately join the ranks of British-based companies that will use this as an opportunity to bring forward their plans to replace workers with robots.

The answer lies in a seemingly impossible task: it requires our politicians to start being honest with their electorates.

It requires our politicians to come clean about immigration – to start laying out the pros and cons; explaining that positive net immigration is not only a good thing for Britain but vital for the future of the UK. Stop being frightened of UKIP. Stand up to them. Immigration is indeed a fear of a slice of the electorate but don’t pander to their fears; confront them.

The antidote to globalisation and automation lies in better education, re-training, re-location, encouraging start-ups and small businesses and, ultimately, in providing proper financial support to those workers who are unable to make the transition. It lies in looking after those who are, will and were always going to be, left behind by globalisation and automation.

Of course, some European countries (Finland, Holland, …) are already several steps ahead; toying with the idea of a ˜Universal Basic Income”; the payment of a fixed sum by the government to every adult over a certain age in the nation, irrespective of their income, whether they are in work or not. A UBI would most likely have to be funded by increases in wealth taxes and the highest income tax rates. If large enough, a UBI would replace virtually all other forms of welfare and remove a current disincentive for welfare recipients to return to work – as currently such people lose so many benefits that it is often not worth their while.

Innovative solutions need to be found to counter the impact that globalisation has had on large swathes of the Western population and to the wide-spread decimation of current jobs that AI and advanced robotics will inevitably cause in the not-too-distant future.

Such solutions should be completely in line with what Prime Minister May proclaimed in her maiden speech on 13th July last year in which she spoke of a “mission to make Britain a country that works for everyone. The Government I lead will be driven, not by the interests of the privileged few but by yours. When it comes to opportunity we won’t entrench the advantages of the fortunate few, we will do everything we can to help anybody, whatever your background, to go as far as your talents will take you.” Unfortunately, she has demonstrated none of this.

She (or whoever replaces her) can only succeed if they start communicating openly and honestly with the electorate. It is a Herculean task, given the internal factions within The Conservative Party, the fence-sitting intransigence of the Labour Party, the confrontational and siloed nature of the Westminster system and a British press that delights in magnifying differences and causing mischief – but it is vital.

The alternative is that we wake up on that fateful day in March of 2019 (it still makes me laugh to read this date!) to find that none of us are happy with the Brexit that we, and future generations to come, will be forced to live with.