‘The rise of the machines’ will come back to bite Trump 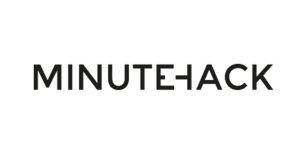 They voted for change, any change and to put “only America first”. They voted to bring jobs back to the US; for tough negotiations with trading partners; for greater protectionism; for an expanded military; for a tough anti-abortion stance and a greater emphasis on Christianity as the preferred religion of the US.

They voted to ban Muslims, temporarily at least, from entering their shores. Mirroring the Brexit vote in the UK, they also voted to reduce immigration and to take back control of their borders.

They voted to turn back the clock to an era when they perceived that America was “great”.

They voted for an impossible dream.

It is easy to understand why: swathes of these voters had, quite literally, nothing to lose. Globalisation has destroyed their lives and decades of successive governments on both sides of the divide have let them down.

Hundreds of thousands if not millions of low-skilled jobs have been ‘exported’ to cheaper parts of the world and while (according to the OECD) similar numbers higher-skilled and service jobs may have been created, they are located in other parts of the country. The “rust belt” boasts few hi-tech start-ups.

So, along came a man (ironically a billionaire with a chequered business history of bankruptcies who has his own-brand products manufactured overseas) preaching a new dawn – and they lapped it up.

But the dawn is a false one.

The mammoth-size pachyderm that did not rate a mention from either side during the whole of the American Presidential campaign was automation. The impact of automation will make globalisation look like a picnic.

The jobs that Detroit has lost to Mexico will, if they haven’t already, be lost to robots – and the new President’s desire to force US companies into repatriating manufacturing jobs via import taxes and nationalistic rhetoric will only serve to accelerate the rate of automation.

Automation will have an enormous impact on the way we work

Not only that, many of the vehicles these companies make in Mexico are the smaller, cheaper cars that don’t sell in America. They are being manufactured for sale elsewhere in the world – and therefore wouldn’t attract a future import tax anyway.

The cost of Mexican auto workers is less than one fifth of the cost of their American equivalents. If US auto manufacturers were forced to replace Mexican factories with American ones, they won’t be able to afford to hire Americans to build these little, cheap cars. These hypothetical factories would be staffed with robots.

During and immediately after the US Presidential election, a great deal of fuss was also made by the new President about Carrier Air-Conditioning, a company in Indiana that the White House claims to have convinced to cancel their plans to move jobs offshore –  saving, according to the President, 1100 local jobs. This figure turns out to be not entirely accurate.

The truth is that the actual deal struck has only temporarily “saved” 730 jobs, according to The Washington Post.

Carrier is still sending 700 jobs to Mexico and its parent company, United Technologies, is exporting a further 700 jobs south. The headline-grabbing ‘deal’ seems to have been cemented with an incredibly small $7m State tax break that ex-Indiana Governor and now US Vice President, Mike Pence, secured for the company.

This is pure theatre, perhaps of the conjuring variety. $7m is a paltry sum; barely enough, I would suggest, to cover three months’ cost of the 730 jobs that Carrier has put on hold. Mexican workers can for do the job for 15-20% of the cost of their Indiana counterparts. The numbers simply don”t add up.

If you ran a business that so obviously needed to improve its productivity (otherwise, why plan the move overseas) and you were handed $7m of free cash, what would you spend it on? The wise investment would be automation.

In fact, Greg Hayes, Chief Executive of United Technologies, put it rather bluntly to CNN in an interview on December 8 last year: “We’re going to automate to drive the cost down so that we can continue to be competitive,” he said. “What that ultimately means is there will be fewer jobs.”

The rest of the world is automating and, perhaps somewhat ironically, China is leading the way. After China President Xi Jinping called for a “robot revolution” in 2014 many thousands of factories across this vast land are busy replacing workers with robots.

If cheap Chinese workers can be replaced by machines, what hope is there for American employees?

China is embracing automation. Trump should wake up to its potential.

If American manufacturers wish to remain competitive, they will have to automate (in fact, many already are – often with US-built robots) or close their doors and turf all of their employees out onto the streets. ‘Turning back the clock’ would destroy the US economy.

Yes, the US economy has received a short-term boost from the election of the new President and a Republican-controlled Congress that is talking about reducing regulation and corporation tax. Stock markets have reached record levels and the Fed is set to raise interest rates sooner than many expected.

But the bond markets, far better indicators of longer-term economic prosperity, tell a different story. The 10 year treasury yield had plateaued at around 3.6%, well short of its long-term average of 5.5%. The real rate after inflation sits at around 1.6%. This is hardly a ringing endorsement of the long-term prospects for the US economy.

The structural reasons for low US bond yields have not changed – low productivity, ageing population, high savings rates, burgeoning debt, and of course, many of the things that could lift productivity – increased immigration, enhanced automation, increased spending on education – have not featured in the Trump administration’s plans (with the exception of a desire for increased infrastructure investment).

Earlier this year, President Trump announced a desire for a $54 billion increase in defence spending. Buying more US-made aircraft and weapons may, statistically at least, give the economy a short-term lift, but will do little for long-term growth; especially as expanding the defence budget will also expand the eye-watering $20 Trillion government debt and is likely to end up increasing the likelihood of future conflict – never a cheap exercise by any measure, as Candidate Trump was keen to point out repeatedly on the campaign trail.

One day, hopefully soon, politicians of all persuasions will start being honest with their electorates. Trying to turn back the dual tides of globalisation and automation is a no-win game and a vicious downward spiral.

Placing a tariff on Mexican avocadoes will simply make your guacamole more expensive. Placing a tax on your Mexican-made pharmaceuticals and surgical equipment will increase the cost of healthcare even further. Increased cost of living will slow the economy and create even fewer jobs.

The answer lies in in looking after those who are, will and were always going to be, left behind by globalisation and automation. It requires better education, re-training and re-location for those affected.

It includes encouraging start-ups and small businesses and, ultimately, in providing proper financial support to those workers who are unable to make the transition.

Of course, some European countries (Finland, Holland, …) are already several steps ahead; toying with the idea of a Universal Basic Income; the payment of a fixed sum by the government to every adult over a certain age in the nation, irrespective of their income, whether they are in work or not. A UBI would most likely have to be funded by increases in wealth taxes and the highest income tax rates.

This is anathema to Republicans and centrist Democrats alike. It reeks of ‘socialism’, a word that sounds the death knell for any sensible debate on the topic in the States. But the debate needs to be had.

If large enough, a UBI could replace virtually all other forms of welfare and remove a current disincentive for welfare recipients to return to work – as currently such people lose so many benefits that it is often not worth their while. And the answer does not lie in depriving fellow citizens of genuinely-needed financial support.

Whether a UBI is part of the ultimate solution or not, something needs to be done. Innovative solutions need to be found to counter the impact that globalisation has had on large swathes of the Western population and to the wide-spread decimation of current jobs that AI and advanced robotics will inevitably cause in the future.

The alternative is The Great Trump Conjuring Trick – hiding reality behind a magic cloak of patriotic rhetoric, short-term stock-market gains and renewed military might.

The US is ideally placed to benefit from “the rise of the machines”. But in order to do so, its politicians will need to change their approach completely.

They will need to genuinely understand their citizens and then start being honest with the voters. At least Donald Trump did the former. To date, no politician has dared to do the latter.

Campbell Macpherson is the author of The Change Catalyst published by Wiley. Available from Amazon and good book stores.